Rut season is the free for all every hunter waits for. Large whitetail bucks running every which way paying far less attention to their surroundings than normal. Just because there is a higher opportunity rate, doesn’t mean that you shouldn’t make a meticulous game plan for being in the woods during rut. There are a few things you should take into consideration when heading to your stand or blind.

Keep your eye out for increased, new, or changed signs of human presence in the environment. Rut brings out more hunters that might not have the same level of care that you do. Things such as tire tracks can mean vehicles like atvs, trucks, and even campers or trailers have been in the area and potentially spoked deer. Broken tree limbs, crushed brush, and any new items appearing in your hunting area could also mean someone else was around and could have potentially startled deer leading to disruption of where they normally hang out.

Changes in the whitetail’s habitat aren’t the only thing you should keep an eye out for when walking through their home. Bedding areas are also important to pay attention to, for safety and for shooting a nice deer. With rut means deer are moving more and can be traveling farther distances. Of course, coming across a bed area won’t tell you if a buck or doe has been there, but the placement of it is important. Places where two habitats meet, such as a tree line at a field, or woods at a river bank are two prime places for beds to pop up. These habitat edges are used commonly for traveling and bedding as they provide for the deer’s needs. You should avoid walking through areas you have found bedded down spots. Disturbing the bedded deer can be dangerous for you, as well as scared the deer off from your hunting area.

Watching for rubs as rut moves into full swing can also give you an idea of where deer are traveling through your hunting area. Whitetail bucks generally make rubs in areas they travel most. Watching rubs can give you a better insight to the movement and paths of deer and help you pick the best place for yourself to snag a nice buck. Sure, rut is normally just after the peak of scrape season but, nonetheless, the tree rubs offer a lot of valuable information for hunting during rut.

Of course, you should still take weather into account. Wind is one of hunters’ biggest enemies. Bucks chase does with the help of wind and often will be traveling into the wind to hopefully better catch a whiff of estrus. Facing into the wind increases the chance of them picking up on your scent as well. Ensuring you have used some sort of scent blockers, or even set up estrus scent wafers near your stand or blind, can help you disguise your presence. Taking wind into account when entering and exiting the woods is a key thing to remember as well. Having multiple routes to be sure a wind shift won’t blow your hunt is also important.

Rut season is exciting for everyone. The extra movement through fields and woods of deer chases significantly raises your chance of shooting the whitetail you’ve had your eye on. Rut at Hidden Hollow Whitetail Ranch sends some of Ohio’s biggest deer into a frenzy. Booking your rut hunt early gives you the best choice of shots. 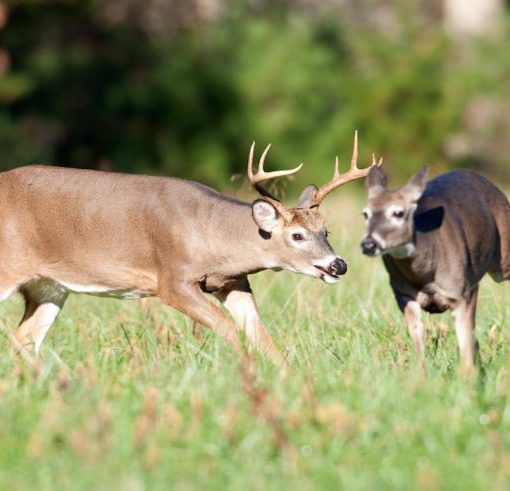 Rut is one of the busiest times in the woods, for deer and hunters alike. Whitetail bucks become a little careless and […]

The goal of most deer hunters to shoot a deer, preferably one that’s big enough to brag about. That means careful placement […] 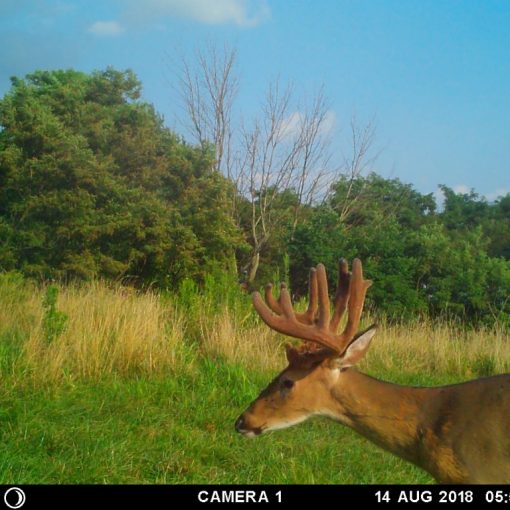 Although most wild whitetail deer in Ohio have lost all or most of their antler velvet by the time season starts, the […]